HENGELO, 9 January 2012, Lars van Galen and Richard van den Hoeven take over the exploitation of Tuindorphotel & Restaurant ’t Lansink per 1 March 2012. The current operators Ton and Christ’l Kouwenberg will enjoy a well-deserved pension after seven years of being the Patron. “Tuindorphotel ’t Lansink will focus on the consumer and business market. Companies in Hengelo, Enschede, Borne and the rest of Twente (the Netherlands) can come here for their business stays, lunches, dinners and meetings. Consumers can acquaint themselves with the monumental Tuindorp ‘t Lansink and enjoy all the beauty that Hengelo has to offer as a city and Twente as the ‘Estate of the Netherlands”, according to Richard van den Hoeven.

“We are delighted to be able to give a new élan to this monumental hotel at this historic location” according to Van Galen and Van den Hoeven. Kouwenberg: ”I leave behind a wonderful company and I am very pleased that these two young, enthusiastic entrepreneurs who are very experienced in their profession take over the wheels!”. The hotel has currently 14 rooms and four conference rooms for meetings, gatherings, family parties and weddings. In addition, the restaurant has a BIB Gourmand of Michelin, a listing in ‘Lekker’ and 13 points in the Gault Milliau.

“These entrepreneurs have the knowledge and ambition to further develop the excellent reputation of Tuindorphotel & Restaurant ’t Lansink and to increase awareness in Twente and beyond”, according to Bernard ten Doeschot of Hotel ’t Lansink Beheer BV, the real estate owner of Tuindorphotel ‘t Lansink. Hotel ’t Lansink Beheer BV is part of Infestos Nederland BV, an independent investment organisation focused on sustainable investment of capital in participations and (monumental) real estate. “Lars has been able to get a Michelin star together with his team at De Bloemenbeek, maybe this is also possible in the future for ’t Lansink”.

Both Lars van Galen and Richard van den Hoeven are from the Twente area. Richard van den Hoeven was born in Hengelo and has worked at various (high-ranking) hotels in Twente and other areas, where he gained a lot of knowledge about the business market. The past 3 years he has worked at Landhuishotel De Bloemenbeek, of which the last year as Management-assistent responsible for all general management affairs. Lars van Galen was born in Enschede and has developed himself as a top-chef in various distinguished restaurants like Château Neercanne in Maastricht and Landhuishotel & Restaurant De Bloemenbeek in De Lutte. During the past year he won the prestigious ‘Golden Chef’s hat’ and the 45e Prix Culinaire International le “Taittinger” in Paris as the third Dutchman ever. Besides that, Lars is member of the Koksgilde Nationaal Team. Lars van Galen: “At Restaurant ’t Lansink we wish to surprise our guests with an affordable and culinary offering and support Twente to  improve its position as a gastronomical region. It is self-evident, that this will be comined with the well-renowned Twente hospitality. An accessible and intimate hotel like `t Lansink is most certainly an advantage to achieve those goals”.

Director-owner Raymond Strikker of Landhuishotel De Bloemenbeek is very delighted that two of “his” employees are taking over this monumental company with a rich historyen. “I am extremely proud”, according to Strikker. Both Lars van Galen and Richard van den Hoeven have learned many of the ins and outs of leading a hotel & restaurant organisation and the accompanying elementary entrepreneurial skills at De Bloemenbeek. “I am therefore convinced that they will make a success out of Tuindorphotel ‘t Lansink. Also, we will in the future where possible work together as valued colleagues to further promote Twente nationally as high-quality business region and as Estate of the Netherlands”.

The future: Halfway the coming year, the kitchen and the C.T. Storkzaal will be adjusted and refurbished. “In the kitchen, there will be room for a cooking club or one can at request enjoy dinner at the Chef’s table”, according to Van Galen. During 2013 the idea is to expand the hotel with another 11 more luxury rooms. “With those, we will be able to service both the business and consumer market even better. Apart from our loyal (business) customers, we can then also better accommodate small and large groups”, according to Van den Hoeven. 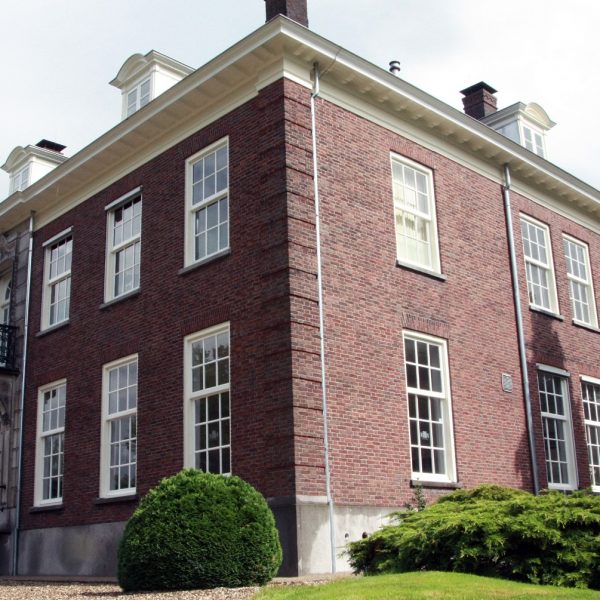